By Crouchers9th February 2015 No Comments

Chichester is a beautiful and historic city, with plenty to see and do for holidaymakers of all kinds. For those who have a fascination with the past, it’s a perfect place to explore Roman history.

Shortly after the Roman conquest of AD43 began, the Romans established a winter fort in the territory of the friendly Atrebates tribe. They called it Noviomagus Reginorum, meaning new field or new clearing of the Regini, and the legion occupying it was commanded by the future Roman Emperor Vespasian.

It’s thought that this fort played an important role in the continuing Roman Conquest; archaeological work in the area has uncovered significant military storage structures near Fishbourne Roman Palace – but more on that later.

The Roman army only stayed for a couple of years; after they left, the fort became a civilian settlement and the capital of the Civitas Reginorum, a “client kingdom” of the Roman Empire ruled by Tiberius Claudius Cogidubnus. His name is seen on an inscription found in 1723, which was dated to the first century.

In English, it reads, “To Neptune and Minerva, for the welfare of the Divine House, by the authority of Tiberius Claudius Cogidubnus, great king of the Britons, the guild of smiths and those in it gave this temple at their own expense.”

Cogidubnus was thought to have been one of the earliest residents of Fishbourne Roman Palace. Although locals had long known of Roman remains in the area, it wasn’t until 1960 that it was first excavated – and archaeologists soon realised they had something special. It is in fact the largest Roman home in Britain, and contains the largest collection of mosaics kept in place today.

Many features of Chichester itself indicate its importance in Roman times; Stane Street began at its east gate and connected the city to London, and the plan of the Roman city can still be seen in the layout of the modern shopping streets. The original Roman city walls were over two metres thick and, although they have been modified greatly over the centuries, can still be seen today. You can also explore the Novium museum, which houses the remains of the city’s Roman baths complex as well as other collections.

Whether it’s the history of the area, the beautiful countryside and coastline, or more modern attractions that bring you here, at Crouchers we are proud to offer one of the best Chichester hotels available. For more information, to ask about availability or to make a booking, get in touch with us on 01243 784995 today. 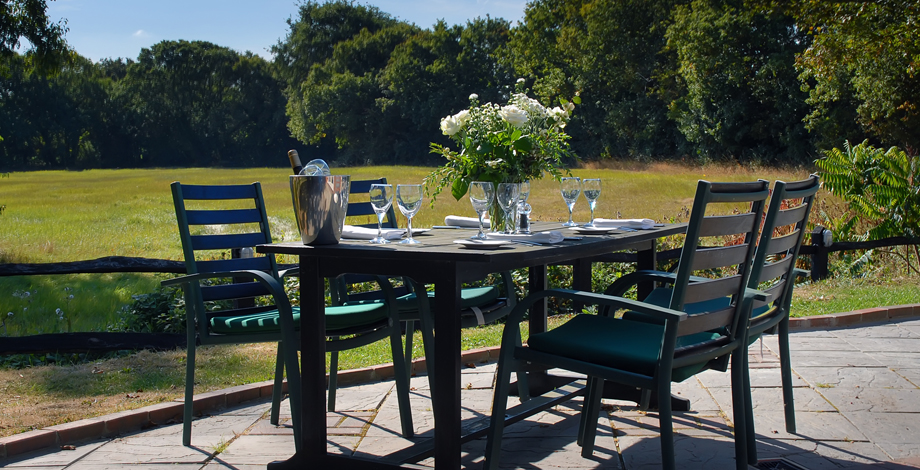