By Crouchers3rd September 2019 No Comments

Before I get into some nitty gritty, I have to say thank you to the increasingly large number of hotel guests who have been coming down to the potager garden to have a chat and a wander around.

The feedback on the quality of the vegetables they have eaten in the restaurant is very gratifying, and as many of the restaurant staff already know I love nothing more than to give guided tours around the garden, answering any questions and generally showing off.

It’s also been nice to hear positive comments about the beds and borders around the hotel – they are a long way off from where I want them to be at this precise time, but as all gardeners know, these things take time, but we’ll get there. Small steps, small steps.

Anyway, moving on, there are two things I want to discuss this month – green manure and strawberry runners.

Starting with the latter – now is the time that strawberry plants throw out their runners in order to spread and survive, but we can use them to our own advantages.

Take the runners and put a node (where a leaf is growing) into a pot of good compost, holding it in place with a hooked piece of wire. Water in well and keep moist until the node has rooted and you have a brand new plant.

I like to remove any subsequent runners from the new plant so all its energies go into developing a good rooting system, and, most importantly, do not disconnect the new plant from the parent plant until at least next year. That runner is like an umbilical cord feeding the new plant as it establishes itself.

So far, from our 16 original plants, we have 20 new babies ready to give us lovely fruit next year – that makes 36 plants in total (I may give Wimbledon a call….).

Green manure – this is a good time to sow green manure. It’s a mixture of many different seeds (including clover, mustard and buckwheat) and as the leafy plants grow they take up and preserve valuable nutrients from the soil – especially nitrogen.

Once the plants have reached 30cm or so, chop them down and turn them into the soil – not only does it return to the soil nutrients that would otherwise have been lost, the plants’ deep roots improve the soil structure and drainage, and the dense foliage can help prevent weeds .

Moreover, it’s a lot cheaper than buying in bag after bag of compost.

Finally, we’re having great fun with ripening chillis and peppers, and aubergines and tomatoes. The courgettes are starting to slow down, but I estimate we’ve had around 250 from our little patch so they deserve their wind-down.

The same cannot be said of the runner beans, they keep coming and coming, as do the lettuces and fennel and spinach.

All this lovely produce is making its way to the Cider House pizzeria and the hotel restaurant – but don’t forget you can come down to the potager garden any time, and I’ll gladly be your guide. 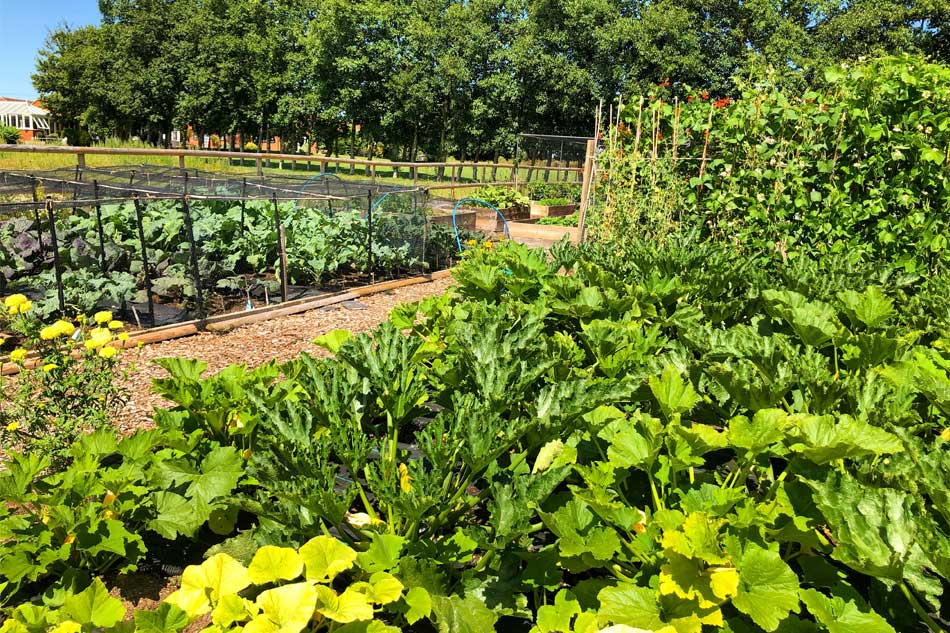